Inhabited since the 3rd century by Mayan groups from the Guatemalan Petén, experts in agriculture and architecture decided to settle on this island. Around the 8th century, a new wave of Chontal Maya from the Yucatan peninsula and dedicated to trade and navigation, made the island of Cozumel an important point in its routes to Central America, these groups brought new forms of social organization and new architectural styles to the island, which have been found in the area of ​​Santa Rita and San Gervasio, another important factor that inherited this island, was the worship of the goddess Ix Chel, goddess of the moon, fertility and birth, making the island the swallows its main sanctuary and giving birth to the pilgrimage of the entire Mayan world to Cozumel, which to date is carried out from the port of Xcaret through a sumptuous and colorful crossing of characters perfectly dressed in their traditional clothes and in canoes of the time.

In 1518 the first Spanish landed on the Mexican island, calling it Santa Cruz de la Puerta Latina and later the first Christian mass was held. A year later Gonzalo Guerrero who had already adopted the Mayan culture given its shipwreck in 1511, his subsequent captivity in Yucatan by the Mayans, and that after several years was freed thanks to saving the life of his master during the attack of an alligator , he dedicated himself to teaching the Mayans the arts of war practiced by the Spaniards, later he acquired the rank of Nacom (warrior chief) by marrying the princess Zazil Há with whom he had three children, thus beginning the miscegenation in Mexico .

Submerge yourself in Cozumel

We are not only a paradise for cruising trips, good food and our cultural heritage, take a look and you will see that the best of us is under water …

500 years since we conquered the world!

This 2018 Cozumel celebrates 500 years since the Spaniards stepped on our lands, and not only did they arrive, they fell in love to such an extent that they stayed here and now everyone is welcome to share this jewel and to show a button.

We invite you to know Chankanaab (small sea in Mayan) national park and refuge of the flora and fauna of Cozumel, here you can practice Snorkeling or diving, delighting with its sculptural underwater. Cha’an Ka’an (observe the sky in Mayan) an observatory where you can know the legacy of the Mayan culture on astronomy. San Gervasio, archaeological zone that was the sanctuary of the goddess Ixchel and final place of the pilgrimages of the whole Mayan world. San Miguel, in its museum you can find the stories of the fascinating history of the region. South point where is the Celarain lighthouse and one of the best beaches on the island, in this, which is the largest ecological reserve in Cozumel, you can take a boat tour through the Laguna Colombia to admire the wildlife of the place. 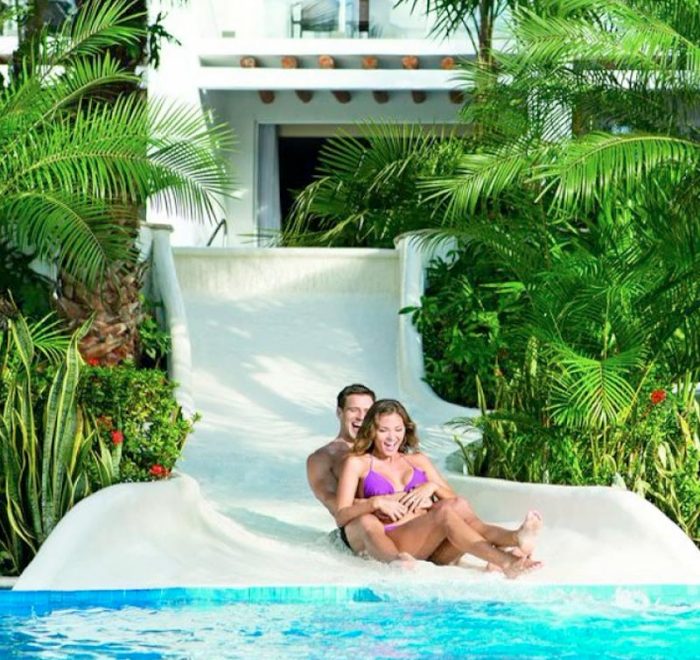 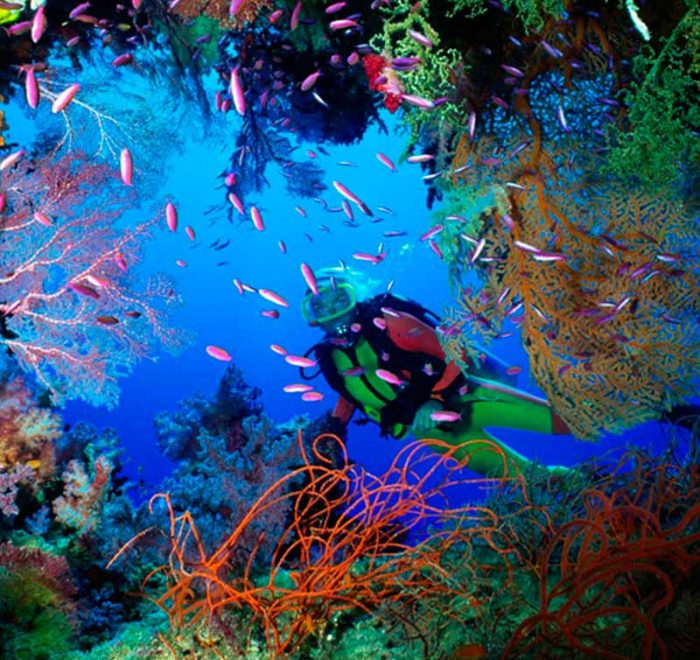 The Palancar reef is one of the many places to practice diving in the great reef belt of the western Atlantic, the second largest coral formation in the world, second only to the great barrier reef of Australia. Paradise, La Herradura, Punta Tunich, Paseos del Cedral, Tormentos, Santa Rosa among others offer Snorkeling or diving for all levels of lovers of this sport, whether you are a beginner and want to take impressive photos of your visit, as if you are professional and you want to know their caverns and immerse yourself in the depths of the Caribbean Sea.

Getting to Cozumel and its wonders is as easy as taking a Ferry in Playa del Carmen and in 40 minutes you will be in the Island of Cozumel, we invite you to enjoy this adventure together with a delicious fresh fish or a traditional ceviche and the drink of preference in their specialized restaurants or on the seashore, while you share your experiences with your family and friends.

The Mayans made a pilgrimage at least once in their lives until here ...

Diving is one of the experiences that we know you enjoy with your partner and if what you want afterwards is to relax and enjoy a romantic evening, Cozumel is the right place, you will find that magical place that reminds us because the goddess Ixchel decided this island as a sanctuary for the love.

When you book with an account, you will be able to track your payment status, track the confirmation and you can also rate the tour after you finished the tour.
Sign Up

Or Continue As Guest